I hope this finds you well. Busy days in Faversham! Walking continues everyday with an unseasonably early summer feel, one film entering final cut stage as new filming starts, wonderful weddings, and the launch of  Walk Swale Medway is imminent.

Today’s letter, though, comes under the category of ‘Other stuff’.

I’d like to tell you about one of my youngest daughter’s old Primary school friends, Charlie Connolly. Charlie was always a little bit kooky.  A  very funny,  very smart,  very high energy little boy, usually laughing, mostly at a run.  Charlie is 15 now and is raising money for Cancer Research UK by cutting off all of his hair this Wednesday. He’s going to have to stick within school regulations by going for a Grade 2 cut, but it’s an impressive move!  Just look at all that hair!! Inspiring stuff. 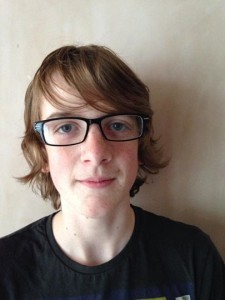 Charlie and his family have their own reasons for fundraising. His Grandmother died 3 years ago from to breast cancer and three of his great Aunts have also had breast cancer.  Charlie’s campaign started when his mum, Emma, and his sister, Abi signed up for Race for Life, in which only women and girls take part. What began as a flippant comment about being involved in the fundraising has led to a buzz cut in two days time.  Talk about a great job on following through!

I started thinking, while out walking, (oh, there it is, the walking again!) about what to donate to support his campaign. How much is enough? How much is not enough? How do we quantify what we will give in support of anything when there are so many worthy causes and good people doing what they can?

Here’s what I came up with.

I decided I would give £1 for every person I knew personally that has had cancer, and maybe to beef it up a bit, (because it wouldn’t be enough, otherwise, right?) 50p for the people around them that were affected by their illness, like children and spouses, friends and family.

When I got to 15 people that I personally know who have had cancer, not including family members of very dear friends that I hadn’t yet met, but knew about, and then added in their friends and family in to the equation, I had to redo the maths, because quite frankly, I can’t afford what the final figure came to.

I do know, though, that if any one of the 15 people I was able to list had asked me for £1 to help treat them, I would have done it. Without a second thought.

That’s my equation, then. £1 for everyone I know personally. And I bet I forgot some, so the figure was rounded up.

Cancer is devastating, but it is treatable and research helps. Thank you for doing your bit, Charlie, and for making me think about how important it is to support Cancer Research UK. Out of the 15 people I could list, 11 are alive and well, and the majority are completely cancer free, which makes a lot of people very happy.

You can support Charlie here. www.justgiving.com

Write when you can!